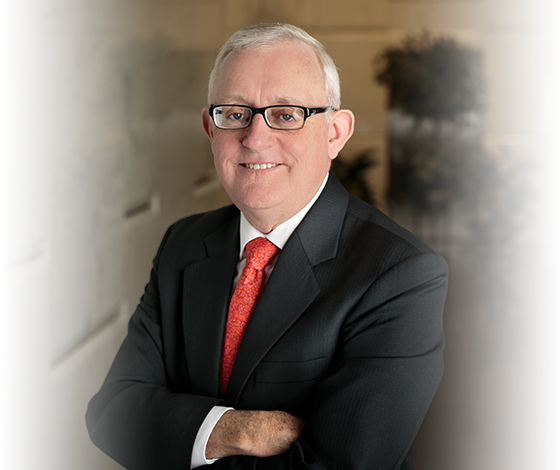 Richard L. Byrne is an Intellectual Property attorney who has addressed every aspect of intellectual property law in his seasoned career. He has handled all-encompassing responsibilities, including counseling clients on the importance of patent and trademark protection and the best way to proceed, preparing applications and obtaining patents and trademarks to protect innovations and discoveries, updating general practice attorneys on new regulations, and litigating infringement cases–obtaining settlements or providing legal representation for clients in federal court.

Rick has worked to develop educational programs covering intellectual property law for other lawyers and legal professionals. He has traveled internationally to meet with attorneys and businesses wanting to protect products sold in the United States, and has advised clients on protecting their inventions and marks outside the United States.

Rick was named the 2011 Pittsburgh Intellectual Property Lawyer of the Year and the 2012 Pittsburgh Patent Litigation Lawyer of the Year by The Best Lawyers in America®. He has been ranked and honored by the legal directory Chambers USA America’s Leading Lawyers for Business (2003-2015), which has characterized him as a “Renaissance Man” of intellectual property law, and lauded his “ability to combine patent and trademark work with a distinct litigation expertise.” This directory canvasses lawyers and their clients nationwide to obtain a consistent view of attorneys and firms considered leaders in their field. In addition, he has been ranked among the “Best Lawyers in America” (2006-2015) and named a “Pennsylvania Super Lawyer “(2005-2015).

On a daily basis, he and other IP attorneys at The Webb Law Firm demonstrate full-service capabilities in patent and intellectual property law, offering their expertise with patents, trademarks, copyrights and trade secrets, including prosecution, licensing and litigation in these areas.