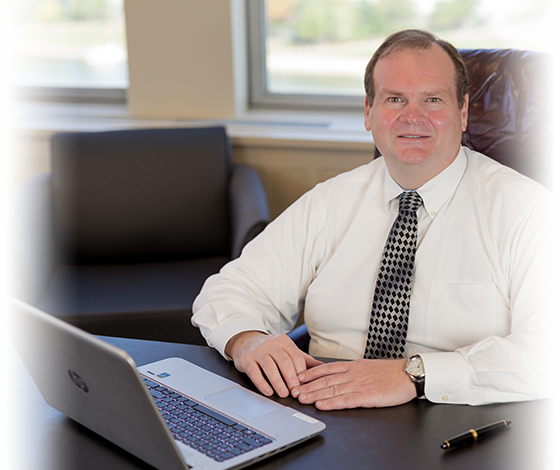 Lester N. Fortney is an Intellectual Property attorney with a diversified background in chemistry, chemical engineering and mechanical engineering. Les deals primarily with the preparation and prosecution of chemical and mechanical patent applications, both in the United States and internationally. He provides not only academic expertise but also practical experience gained from real world employment.

Prior to attending law school at the University of Notre Dame, Les served as an officer in the United States Navy. He initially specialized in the field of Combat Systems but then was selected to attend the U.S. Navy’s Engineering School, where he graduated first in his class. Following graduation, Les served in the Engineering Department of U.S.S. Fife (DD991), where he gained practical experience with mechanical, hydraulic, and propulsion systems.

Upon graduation from law school in 1993, Les joined The Webb Law Firm and has been here ever since; not for lack of other opportunities but from a sincere belief that The Webb Law Firm is truly one of the finest intellectual property law firms in the country.

Les is a past president of the Pittsburgh Intellectual Property Law Association and has given presentations on drafting patent applications to meet the challenges of prosecution not only in the United States, but in international patent jurisdictions–particularly Europe, China, the Far East and South America. In addition, Les is experienced in preparing “freedom to operate” searches and opinions for proposed new products.